The time has officially come to move on from a project that spanned nearly four years of my life. We published an open letter about Ela Conf’s retirement, but there are also some things I wanted to say on a more personal level here. 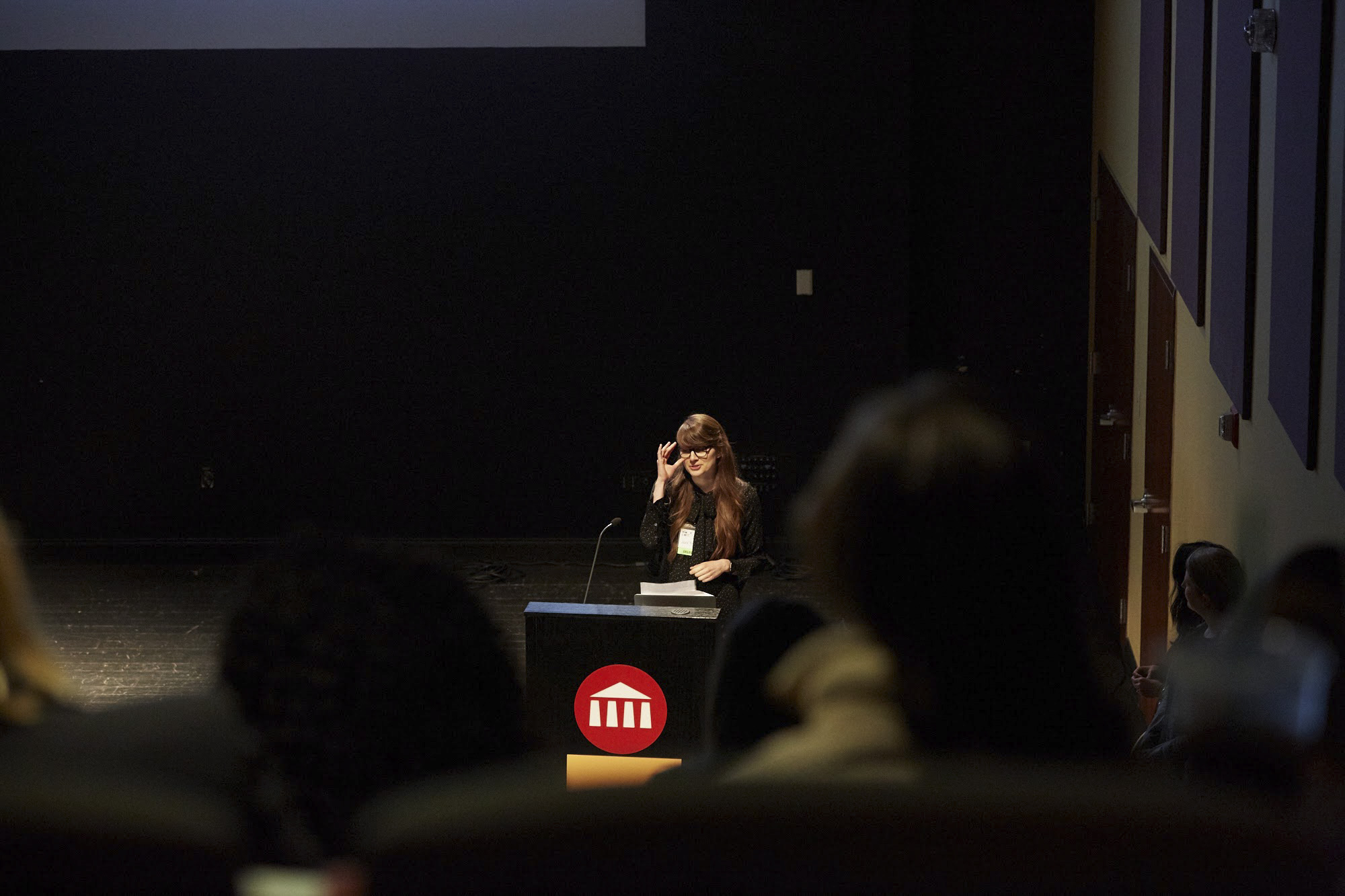 I’ve written a lot about Ela Conf, both on this blog and our Ela blog. My blog posts here have always been deeply personal, especially sharing the struggle I’ve had with the emotional exhaustion required to make Ela possible:

With Ela’s newly announced retirement I wanted to share some thoughts on the lessons I’ve learned looking back on one of the most significant projects of my career from more of a logistical standpoint and some things I am most proud of.

Our fiscal sponsorship arrangement with a national nonprofit started out as a positive relationship. We paid the organization a percentage of our money raised each year for them to manage our sponsorship dollars and expenses. It also helped position us seriously when we were just get started and people (men) were vocally suspicious of our mission (yes, this happened), and enabled us to focus our attention on branding and process.

I’m grateful for the initial arrangement, but the limitations quickly became apparent after the first event. While we worked incredibly hard to raise these funds, we were very detached from them. There were few options in regards to how we were able to accept money and too often we were using our own credit cards and submitting for reimbursement. Limited funds starting out also contributed to the need for this reimbursement approach, but it’s not a setup I would ever recommend.

I can now say I would not jump into a project at this scale again that wasn’t able to manage it’s own finances and I personally regard this as one of the greatest mistakes we made with Ela.

Ela Conf grew slowly, until it didn’t. We struggled to fill seats our first year. The next year we gained quite a bit of attention through mostly word-of-mouth from attendees and speakers. 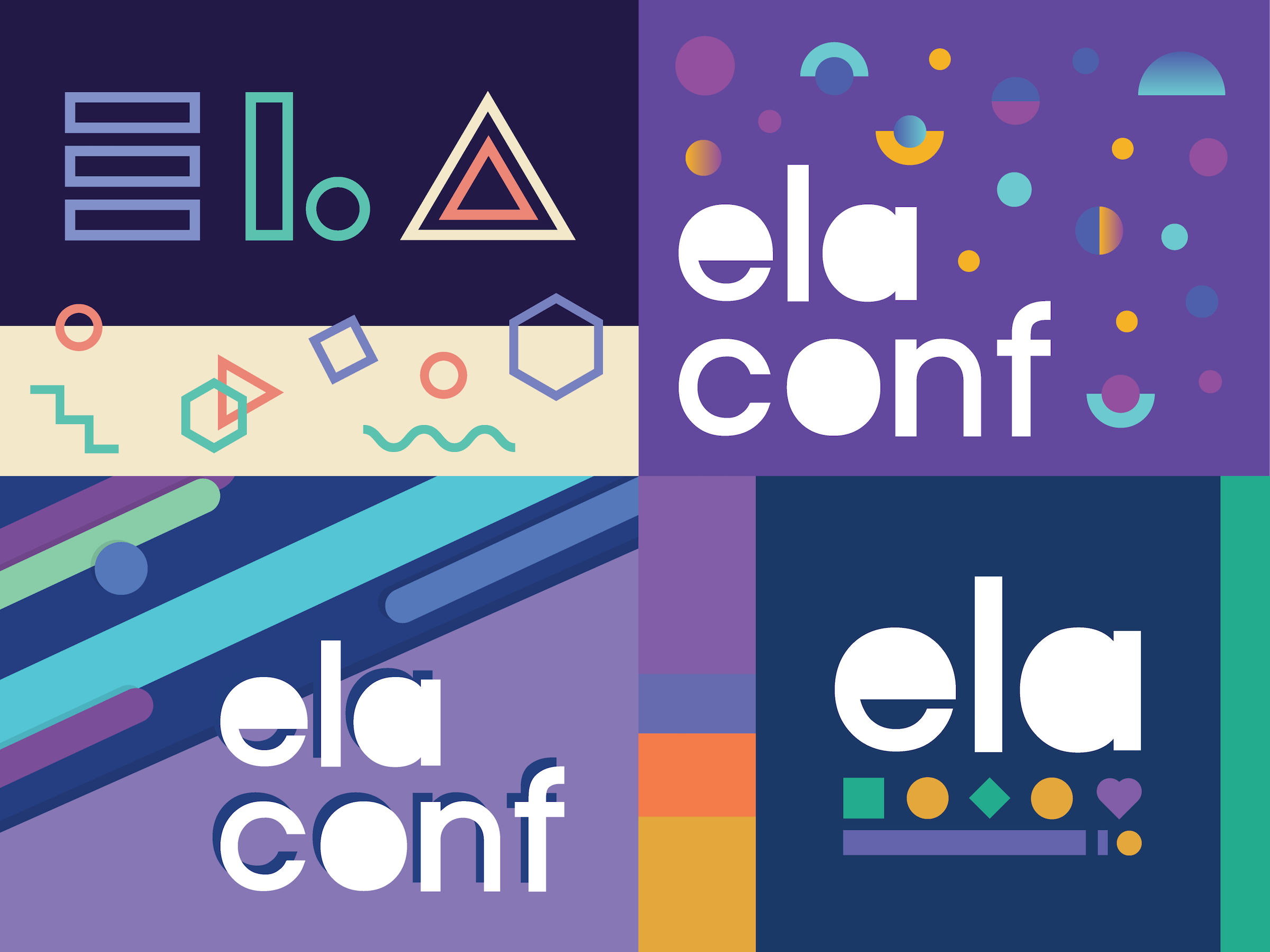 In our third year we grew too quickly too fast. We went into 2017 with a solid marketing strategy. We did everything right and it worked beautifully, except we simply were not prepared in any regard for what happened next.

Our strategy was almost too successful since we didn’t have a plan for what we would do will all this attention once we got it, for how to scale successfully. None of us had the bandwidth to meet the increasing needs. We were a once a year event that turned into a year-round community seemingly overnight. And while it directly lead to the most sponsorship money we had ever raised (by far) and selling out of tickets very quickly in 2017, it wasn’t at all sustainable with our resources at the time.

Beginning of the End

What happened next was organizer burnout and the downward spiral for Ela. After the demands of 2017 some organizers, including myself, decided to step down from the team. The fate of Ela became uncertain and at the time it seemed to make sense to hand control of the community over to the fiscal sponsor organization rather than have it end. An end seemed like such a sad thing to consider after so much emotional investment into something that was technically thriving.

There was a promise made of an Ela Conf, spring 2019. This was immediately followed by one of the most extreme instances of radio silence I’ve ever witnessed. Ela emails went unanswered, Slack requests were ignored, social media was abandoned, the blog died, Slack engagement petered away, emails from remaining organizers in regards to status updates were entirely disregarded. I sent countless requests over a year to have the Ela accounts I was still paying for out of my own pocket be transferred. Nothing.

I felt powerless and then eventually became motivated by confusion and frustration. This was all becoming disrespectful to the community members, speakers, attendees, volunteers, sponsors, and organizers that made Ela possible and we all deserved better. After an urgent phone call the majority of the original five organizers decided to retire Ela. Now an end seemed like a positive, exciting move to be celebrated rather than one to be fearful of; we did incredible things with Ela and now it’s time to move on.

The lesson I learned here was twofold:

Each day I see large tech events not contributing to speaker travel, requiring speakers to pay for tickets, not having a diverse speaker lineup, not providing childcare options or stipends, not distributing enough grants and it all just pisses me off to no end. There are no excuses other than these things not being a priority. If we, as a grass-roots event operating on the very thinnest margins, can make this work so can nearly any event. I am so proud of us for always regarding these things as top priorities and making it work no matter what.

It’s exhausting just watching marginalized individuals having to do the work to educate these large, well-funded events for free when it simply shouldn’t be their responsibility and *these events know better* already; if not they are deliberately not listening at this point.

Though Ela has retired the impact its mission has had on members will be lasting. There are community members still meeting up in person, having established sincere friendships and a support network through the event.

We have heard so many instances of members feeling inspired to ask for a raise after Ela Conf, so start a blog, to become a mentor, to start a podcast or go after a promotion. We literally watched as people went from first time conference attendees to first time speakers and workshop leaders. Such incredible and inspiring things happen when you create a safe space for people to share their stories with one another.

For me, Ela also in a way helped me figure out what I want to do when I grow up. The creative direction, design, and marketing work I lead through it was some of the most enjoyable and fulfilling work I’ve ever done and I founded a company to continue focusing on just this. I realized I adore shaping the experience of events and brands for people through thoughtful visual design and sincere marketing initiatives and I don’t think I would have gotten to this point of total clarity and action without Ela.

I’m very grateful for the opportunities that were afforded from Ela for myself and others and the friendships made. While I will miss it deeply I am also breathing a sigh of relief over its retirement.

Above all else I’ve learned to be much more protective of my time and energy, that building something with emotional labor alone is not healthy, and that assuming control of your own finances is the only option for a long-term project.

Too frequently we want to make a difference and fight certain injustices, fully committing to this cause with every resource we have, including passion and time. I’d now argue that operating this way isn’t sustainable and even a bit hypocritical. We can’t fight for the mistreatment of marginalized individuals in this space while mistreating and undervaluing ourselves in the process, furthering the very problem we set out to resolve.