My very first Kickstarter project recently wrapped up and I seem to get a lot of questions on the experience, so I thought I should write a post and share the joys and terrors of it all, as there were several of each.

I managed a successful Kickstarter project to help finish up a book I had been working on over the summer: Pocket Guide to Writing SVG.

When I first got started with SVG it was among the more terrifying experiences of my nearly 30 years on the planet, and I had a really hard time finding beginner level resources. I set out to create a comprehensive guide to getting started writing SVG inline by hand, and also address what the flip to do with all that nonsense that some vector software programs (looking at you, Illustrator) spit out.

The book focuses on basic syntax, shapes, the coordinate system, text, and touches on some more advanced features such as gradients and patterns. This is all done through fruit demos, code sample, and diagrams (I am seriously obsessed with a good diagram). The whole thing strives to be a one stop “go-to” reference for designers and developers looking to add SVG to their workflow.

This project was well received by the community and a lot of the feedback I have gotten relates to the efficiency in which everything was carried out and that they felt like “part of a club” through my updates and consistent (but hopefully not annoying!) communication.

Other than the obvious awesomeness of having so many people support the work you are doing there were some things in particular I was told I did well with the project, so I thought I should talk about those first.

One thing that people seemed to be especially responsive to were the visuals I used throughout the process. I was sure to have visuals of all related material: the book, the rewards, the goals, and pictures for my updates. 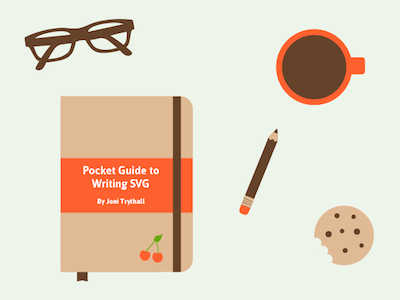 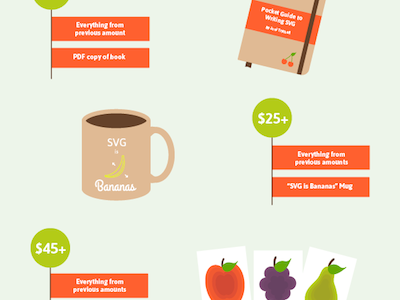 Updates, But Not Too Many

Sending out updates was actually a pretty good time and I’m going to miss it. I got to tell everyone what I was up to with the book and invite them to check me out on Twitter if they were interested in seeing pictures of approved and rejected merchandise and if they wanted to see what was once my living room but now a village of boxes.

“I love projects like this! I feel like part of a club” is something I was told several times. I think that, in part, this had a lot to do with my updates. People really like to be part of something and bringing them in to the process really aids in that.

One of the great things about someone buying your product before it is even ready is that he or she can have a say in it as you update them on the development of it all. I was always sure to stress that I could be contacted with any questions or comments on the table of contents, for example, as I worked out the final details.

I ordered some custom postcards for the project to send out with the rewards to the backers. I wrote a personalized message on each card, and these seem to be the one item I have gotten the most feedback on which I found surprising.

While writing all these notes caused me actual physical pain, it proved to be well worth it. 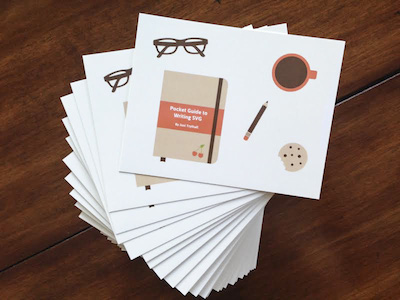 The Not as Good

As mentioned and as you may have already guessed, there were some bumps in the road with this journey to scalability.

I tried to stick with rewards that were fairly inexpensive to have made and ship. The 15oz mugs, while initially fairly affordable, came with a hefty shipping tag, even locally. The totes, on the other hand, were more reasonable to buy and ship. 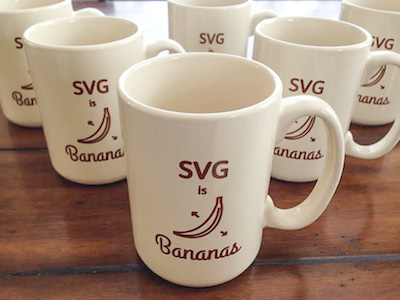 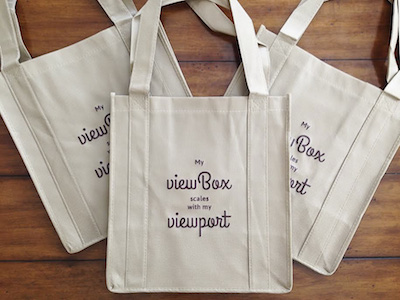 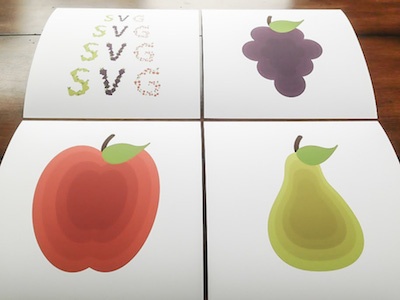 Another thing to mention here if you are as naive and clueless as I was is that a lot of this type of promotional merchandise comes with a high minimum order. I had to order 150 tote bags you guys. I will either look stylish and mysterious at the grocery store for the rest of my life or have to come up with some clever give away/promotion. Either way I need to get these out of my office.

OK, this is the big one, and technically the only true negative of the entire experience. International shipping was so much more than I had estimated. If you have ever wondered “Hey, I wonder what it costs to send an oversized mug across the world?!”, well the answer is $22.50-$26.50. Yes, that is for one mug.

Having not mailed a test mug out across the planet before starting the Kickstarter, I was left to guess what this cost would be and I quite epically estimated wrongly at almost half of the actual cost.

Perhaps worth noting here is that once you set your rewards specifics in Kickstarter you are completely unable to edit them as soon as the first person signs up for it. So, whatever details you come up with are the details you are committed to for all of time. If you are considering starting a Kickstarter project I would spend the most time building this section over any other one because of this.

A Kickstarter pledge is etched in stone right? I found out that the answer to this is a “not at all, not even a little”.

Apparently fraudulent pledges are very common on Kickstarter and I definitely had a few, even one amounting to $500. People can make pledges and through a number of ways not actually ever pay the amount, yet that pledged amount is still reflected in your final amount raised. Which is fairly deceptive.

Individuals can also cancel their pledge at any time during the project, so basically what I took from this is that backing a Kickstarter is not exactly the solid commitment I had once thought it was.

Another “fine print” related issue I found interesting was that is takes up to one month after the end of the project to receive the full amount from the project. I had ordered all the merchandise during the Kickstarter which is how I was able to get everything out so quickly once it wrapped up.

If I had waited until I received all the funds from the project I would still, now over a month after the official end of the project, not have the merchandise in hand which I suspect would make a lot of people pouty (including myself).

When talking about how much work the entire process is from start to finish people are often saying “Yeah but you made a nice profit, right?”. The answer to this is no, no profit was made with this project. After merchandise, shipping, paying an editor, paying for PDF generation, Amazon and Kickstarter fees, the donation, and taxes, there is simply no money left.

My response to this, however, is that this was never about money. I was able to finish up a project I am really passionate about and that is proving helpful to others in their tireless quest for resolution independence. The Kickstarter allowed me to make presales on the book and pay for the professionals necessary to wrap it up.

This was a lot of work. Writing the book and building the demos only felt like a fraction of what had to actually get done. Between managing the Kickstarter itself, writing the book, finding and editor, styling the EPUB, overseeing the PDF design, ordering merchandise, boxing rewards, shipping rewards, and answering questions this project was definitely my full-time job.

I am finding that even with the Kickstarter and the book being complete I still spend a large chunk of time each day on things related to the book: possible edits, questions and comments, bit of promotion, and answering the question “where do I get that bananas mug?!”. So it’s me and this book together forever (or at least while SVG is relevant and awesome) and that’s OK with me.

Hopefully this post proves to have some handy tips for those looking to start their own project but are somewhat terrified. 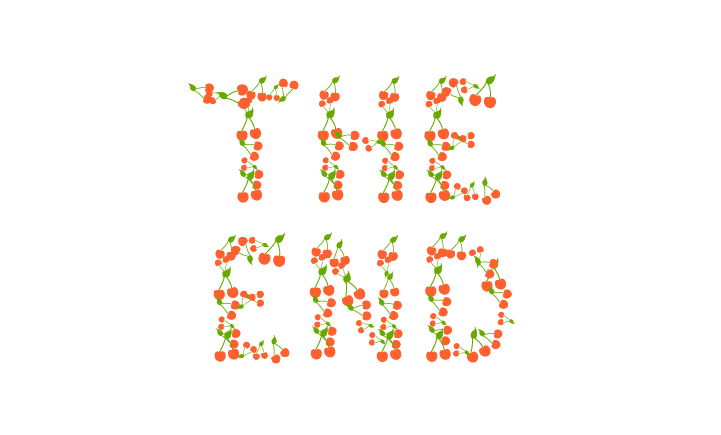 If you have any other questions related to the project I can be reached on Twitter.

PS. The answer to the banana mug question is here.