Last night I was one of three women on a panel all about transitioning into tech. The panel was hosted by Girl Develop It Wilmington and it was lovely to get out of the house and socialize. I absolutely hate to iron clothes (I suspect this is a side effect of working from home for so many years and only ironing the front of shirts for video calls) but it was totally worth ironing the front and back of a shirt for this event. 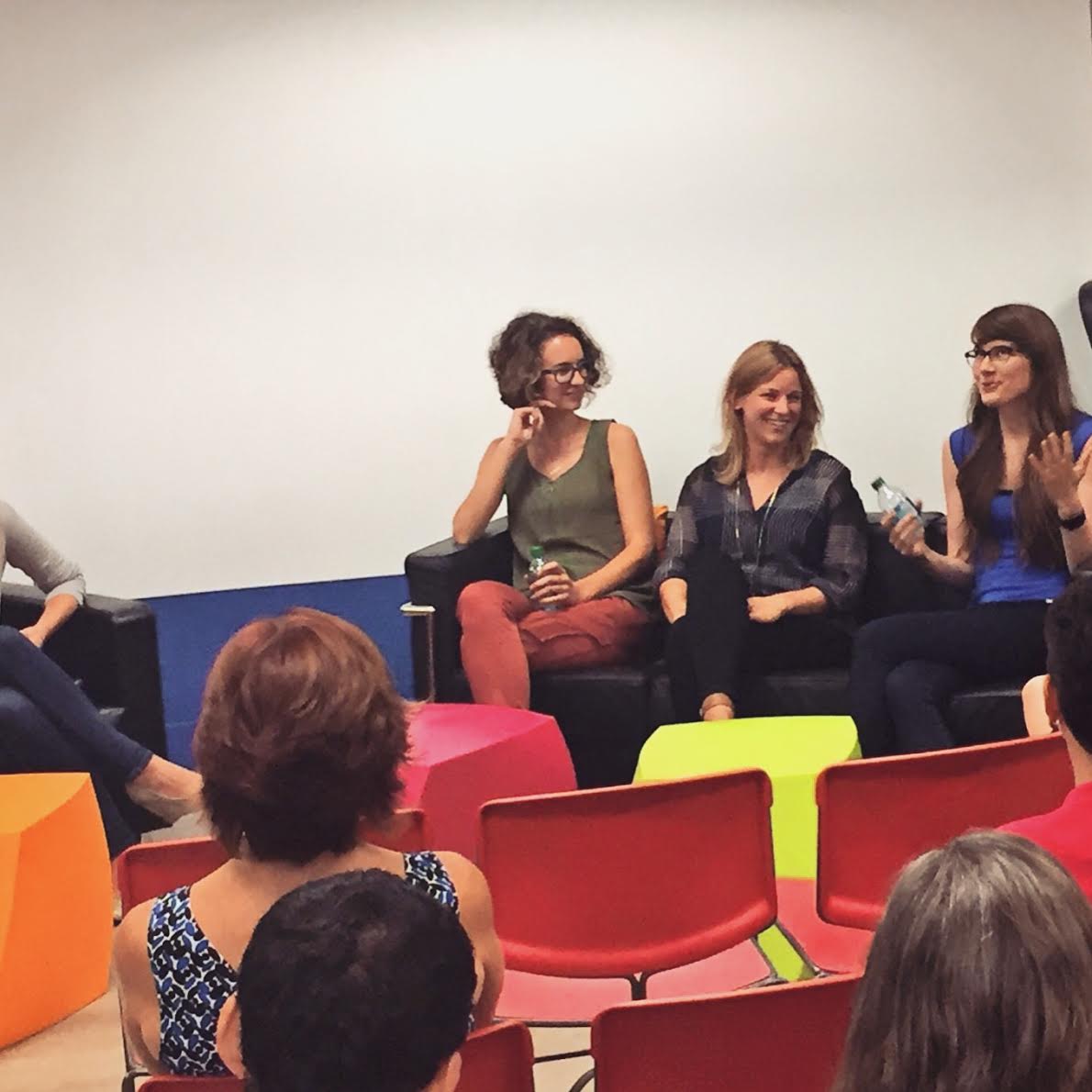 I’ve spoken about my experience getting started on the web a few times and decided it may be handy to document this one in the form of a post. Here’s a recap of the event in a Q and A format based on my initial prep notes. 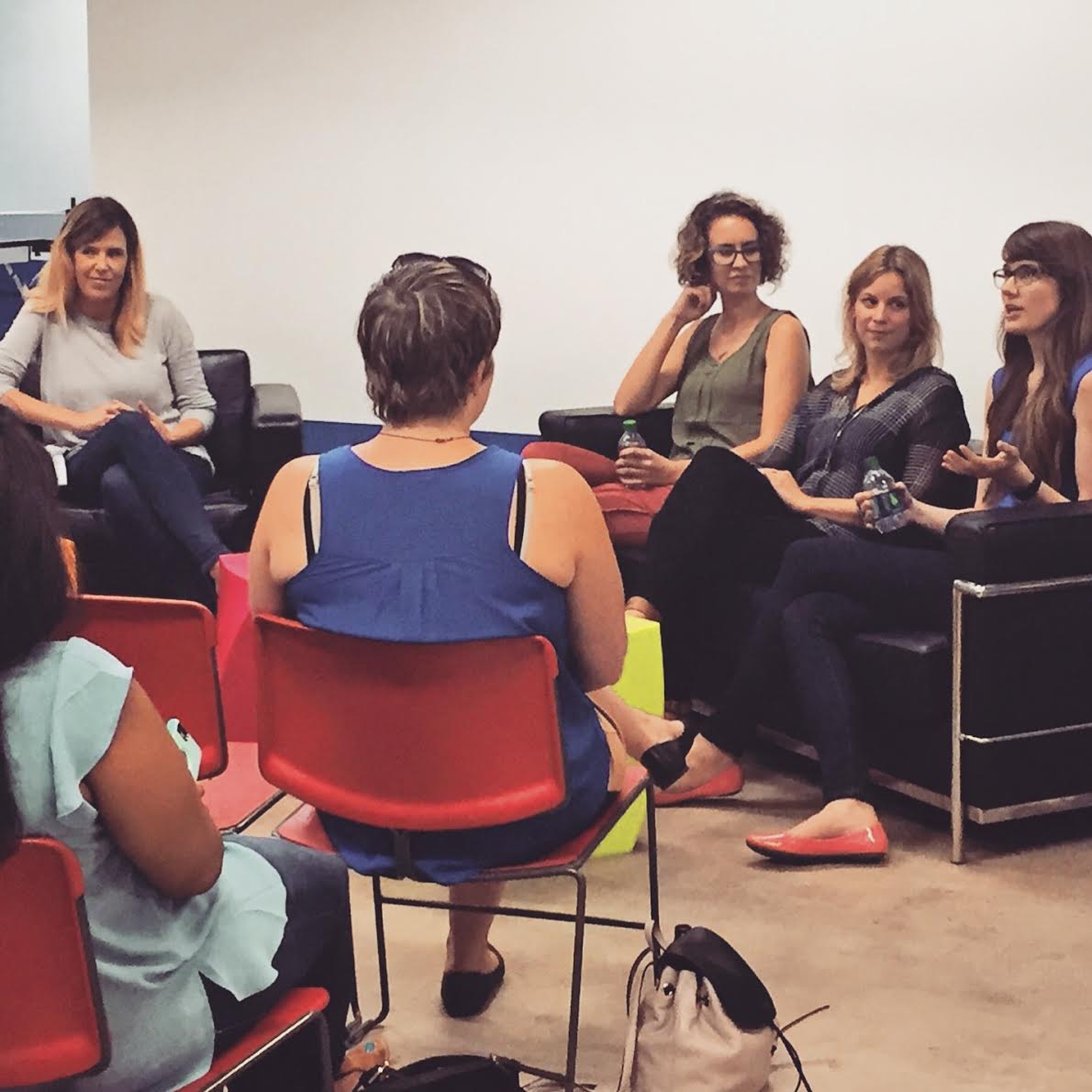 Q and A Notes

Hi I’m Joni Trythall, and I’m a designer on the web. I help drive decisions throughout the lifecycle of a project but I’m also involved with the implementation as well through UI the front-end design side of things.

I work from home just a few miles away and occasionally teach web design classes to women and girls and co-founded and co-organize a leadership conference for women in tech in Philadelphia, Ela Conf.

Most recently I was design lead on a number of contract projects that I wrapped up a couple weeks ago. So each project began with a discovery phase and from there I developed wireframes and carried out the CSS necessary to bring these interfaces to life.

My formal education and previous background are in nonprofit grant writing. I have a master’s degree in human services administration and wrote grants for several years after graduating. My primary tasks included research, interviews, and telling stories in such a way to win over stakeholders; which is ironically exactly what I find myself doing each day as a designer.

I decided to change careers shortly after my son was born about four and a half years ago.

The organization I was working for had a very inflexible maternity leave policy that just didn’t work for me. I left that job to stay home but quickly realized that wasn’t right for me either; who knew babies were so boring?! He just sort of slept a lot and ate sometimes.

I had always been fairly creative and found myself writing two children’s books while my son napped that I wanted to illustrate myself. I began teaching myself how to use Adobe Illustrator with books and online tutorials; I had already gone to school for a lifetime so it was important to me to do this on my own. I also just didn’t have the ability anymore to commit to a formal school schedule. After creating these graphics I eventually wanted to get them on the web and fell face first into HTML, CSS, and SVG.

It can definitely be a high stress job and I don’t love each and every day, but I do adore being a designer and the flexibility and pay are much better than in my previous line of work.

I started writing about things as I learned them on my Joni Bologna blog and eventually popular web design blogs began to reach out to me and paid me to write about those same things for them. These writing opportunities eventually led to my book, Pocket Guide to Writing SVG, and my first official job as a super official designer.

My motivation comes from the fact that I am always learning. There is always something new to learn and best practices to keep up with. I would say at the end of the day my greatest passion is teaching and being in a field where I am a forever student is incredibly exciting because I always have something to share.

Being part of a community through Ela Conf has also gotten me through some darker times in tech. It’s just so empowering to be a part of something with so many inspirational women and know that you can go to them for advice and connect with them through shared experiences within the industry.

So I definitely don’t think of failures as a negative thing. More like beautiful motivators and doors to alternative routes.

The first thing that comes to mind is how much rejection I received when applying to jobs initially. I was only available for remote work because I had a baby and needed the flexibility. Finding a remote gig with the right company is very challenging; you are competing with people at a global scale and it can be difficult to stand out. Eventually I began to just create my own opportunities and slowly but surely they started coming to me instead.

Another example of a “failure” is a time I was asked to write an article for a popular web design blog. I was so exciting because this was THE blog for designers and developers looking for creative ways to solve common problems on the web. I put a ton of work into a demo and had to learn a lot to do it but it was ultimately rejected.

I had to know so much about the inner workings of SVG code to pull this demo off. While researching I became frequently frustrated at how few beginner friendly resources were out there; there was simply too much assumed prior knowledge going on and they didn’t do anything to make this enormously intimidating topic any more accessible.

So I ended up with a book, not just an article, which is regularly referred to as a must read in the community.

I broke into the field by doing what I had always done, researching and writing. I often say that students make the best teachers. You remember what was especially challenging about something because you just experienced it and can speak directly to that which will really resonate with beginners. It also helps you remember the subject better when having to break it down and communicate it to others.

All the opportunities I have been presented with were directly because of opportunities I had created for myself. After a successful Kickstarter project I was able to write and publish Pocket Guide to Writing SVG. After that I was approached with speaking, teaching, and job offers that have branched even further into additional opportunities. If I couldn’t find a resource I needed I would create it, which was how I was able to land my first job.

I also have to give a lot of credit to the concept of doing things before you feel ready or qualified, which I have been doing since the beginning and it’s terrifying. I definitely never felt ready to publish blog posts, to speak at a large conference, or to get thrown into my very first React project but I did those things anyway and it all quickly becomes less scary. I know that if I had waited to check all the items off a list before feeling qualified to do something I would still be working on that list because it’s always growing.

Any final words of advice?

Don’t discredit your past experiences, they are more relevant than you think. Also, always leave the community a better place than how you found it. 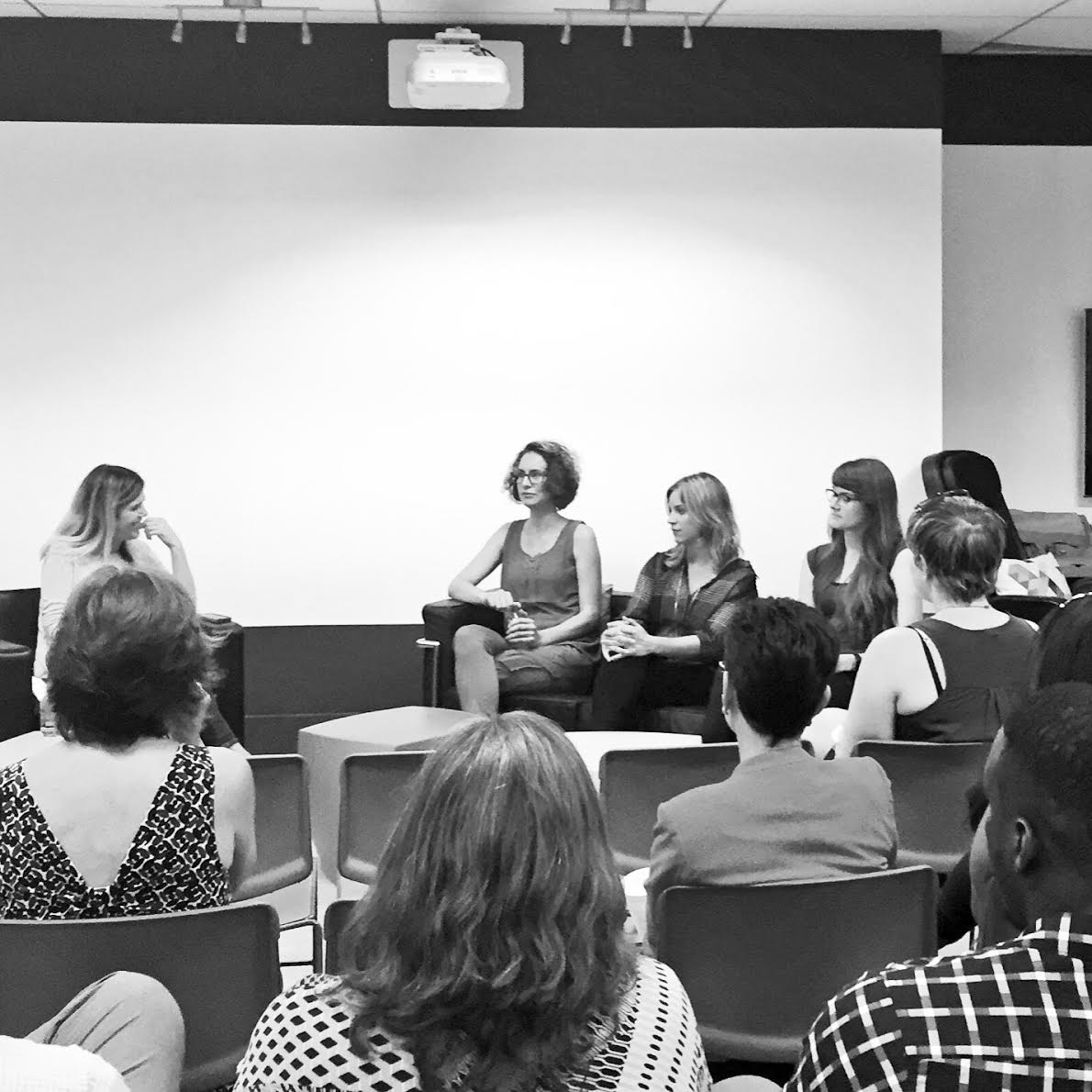